* Subject to all files and payments received & approved

Is there a vinyl renaissance? 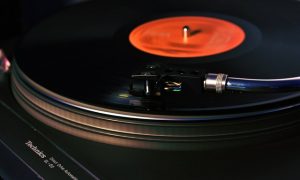 Vinyl market share has risen over the last few years as demand is growing but when cd’s and eventually digital downloads took over as the most popular ways to listen to music, vinyl sales plummeted, as did manufacturing, so with vinyl more in demand, can the manufacturers keep up?

For decades the humble Phonograph record was the dominant method for listening to music but when other more convenient ways to enjoy the tracks you love became the norm, vinyl went from King to pauper, only enjoying a tiny fraction of it’s previous market share.

According to Zachary Crockett, vinyl sales dropped to an eye watering 0.1% of market share!

The insane resurgence of vinyl records

Every kid worth his or her weight had bulky copies of Sgt. Pepper’s Lonely Hearts Club Band, Rumours and The Dark Side of the Moon.

But as new formats emerged, the vinyl market virtually evaporated.

As you can see that’s quite a drop in market share but all is not lost for vinyl as sales have jumped significantly in 2021 compared to 2020 and 2020 was a great year for vinyl.

This has led to big delays in waiting times for people wanting to press vinyl and get them to their fans, waiting times can, and often are up to 12 months!

And Steven John talks about how there’s a lot of Millennials driving this boom so it’s not just people from the vinyl generations feeling all nostalgic.

Why Vinyl Records Are Making a Comeback in 2021

This year, 2020, marks the first year in more than a generation since record sales — that is to say physical vinyl records — have surpassed CD sales.

The reasons for this are twofold: CD sales have dropped dramatically in recent years, while sales of vinyl records are actually up this year.

And while you might think it’s nostalgic Boomers or Gen Xers behind the renaissance of records, in fact surveys show it’s millennial consumers driving the rising trend in vinyl sales.

Even gaming companies are getting in on the action. Atlus, known in the gaming world for bringing Japanese games to the English market have released a vinyl box set of music from there popular Persona series of games dating back to 1996!

Costing $400, this Anniversary Deluxe Vinyl Box Set has over 8.5 hours worth of music from Atlus classics and modern giants including Persona, Persona 2, Shin Megami Tensei: Persona 3, Persona 4 Golden, and Persona 5.

For the first time on vinyl, own music from the mainline Persona series in this beautiful Persona 25th Anniversary Deluxe Box Set by @iam8bit! 🎶

Even here in our home town of Middlesbrough we have not only our own awesome vinyl pressing plant, but a new cafe bar and vinyl store that has just opened up to give the good people of Teesside a little bit of analogue with their meal.

Live performances will also be a staple for vinyl and music lovers alike. There are even plans in place to open up a similar venue in Stockton.

Covering the story, Kelly Price was able to talk to those behind Middlesbrough’s newest vinyl store, one of those being Ross Kemp (no, not that one) of Bad Neighbour Records who with the help of ourselves at Press On Vinyl wants to put Middlesbrough on the map for the vinyl renaissance and has big plans for the future.

Here is a quote from Ross:

Ross said: “I’m a hip hop fan and vinyl is essential for that.

“We needed a record shop and it seemed like a good time.

“Word was getting around the vinyl fanatics and I was building up a base of loyal customers.

“But we needed to be a bit closer to town and we wanted to expand, this partnership has helped us speed things up.

“Combining it with the food and drink is fantastic.

We love the enthusiasm of those behind Sticky Fingers and Bad Neighbour Records and are looking forward to working with them long into the future because as you can see there is a lot going on with vinyl currently and demand is still growing and with vinyl pressing waiting times at up to 12 months, this presents a problem for artists and labels wanting to jump on the band wagon.

Our team at Press On Vinyl are of course trying to play our role in helping more vinyl get to those who want it quicker by cutting down those waiting times as well so this is a challenge we are up for.

We use cookies on our website to give you the most relevant experience by remembering your preferences and repeat visits. By clicking “Accept All”, you consent to the use of ALL cookies.
Cookie SettingsAccept All
Manage consent

This website uses cookies to improve your experience while you navigate through the website. Out of these, the cookies that are categorized as necessary are stored on your browser as they are essential for the working of basic functionalities of the website. We also use third-party cookies that help us analyze and understand how you use this website. These cookies will be stored in your browser only with your consent. You also have the option to opt-out of these cookies. But opting out of some of these cookies may affect your browsing experience.
Necessary Always Enabled
Necessary cookies are absolutely essential for the website to function properly. These cookies ensure basic functionalities and security features of the website, anonymously.
Functional
Functional cookies help to perform certain functionalities like sharing the content of the website on social media platforms, collect feedbacks, and other third-party features.
Performance
Performance cookies are used to understand and analyze the key performance indexes of the website which helps in delivering a better user experience for the visitors.
Analytics
Analytical cookies are used to understand how visitors interact with the website. These cookies help provide information on metrics the number of visitors, bounce rate, traffic source, etc.
Advertisement
Advertisement cookies are used to provide visitors with relevant ads and marketing campaigns. These cookies track visitors across websites and collect information to provide customized ads.
Others
Other uncategorized cookies are those that are being analyzed and have not been classified into a category as yet.
SAVE & ACCEPT